HOLLYWOOD FRINGE 2013! What We Are Looking Forward To...

Sadly, LNM! does not have a show in the Fringe this year, but tons of incredibly talented artists do and we would like to offer you our humble recommendations for shows to see and things we are looking forward to this year: 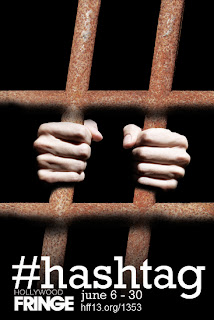 1) The fun, quick, and biting social commentary #hashtag brought to you by The Mechanical Heart. Our very own Dana Murphy (LNM! Co-Artistic Director), Leland Montgomery (LNM! Resident Designer), and Spencer Howard (Making Love Over There, The Voice) were involved in the collaborative process that brought this piece together and the ensemble is super eager to share it with YOU! Please keep your phones ON for this performance.

2) All of the wonderful programming that our Managing Director Meghan McCauley is doing as Outreach Director for the Hollywood Fringe Festival itself. Especially Fringe Family, which offers 100% free performances, workshops, and activities for families and their children every single Sunday during the Festival. There will be Fringe artists and friends of the Fringe - not only should you check it out, but you should get involved!

3) It's Important to Leave, As Well brought to you by the bright young company, Will Play For Food. These guys put so much heart into all of the work that they do (they brought us The Nina Variations at last year's Fringe) and we are super eager to see what they have come up with when working on a new play instead of a pre-existing text. It is sure to have energy, depth, and a whole lot of spirit. 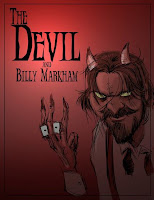 4) Shel Silverstein's epic poem The Devil and Billy Markham, brought to life by Aaron Lyons and the Zenith Ensemble Team. The phrase that comes to my mind when I think of Zenith Ensemble is "a fire in the belly". They work they create is fierce and unapologetic. It hits you in the gut. Plus this one has a live band. Who could ask for more? 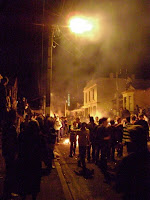 5) LNM! ensemble member Ariana Hodes is putting up a new play called And In This Corner...A Love Story and we can't wait to see what crazy things have come our of her wonderful and creative brain. From the description on the page, it seems like it's gonna be pretty rad.

7) Me Rich, You Learn brought to you by the fantastic Four Clowns ensemble

Lost Moon Radio and Four Clowns are Hollywood Fringe Festival staples and they never disappoint. These shows are sure to be just as hilarious and surprisingly insightful as last years, and the years before that!

Of course, besides these, there are TONS of wonderful shows to see and you should do some snooping around for yourself on the Hollywood Fringe website (www.hollywoodfringe.org) and pick out the ones that look interesting to you!

Posted by Dana Murphy at 2:12 PM No comments: 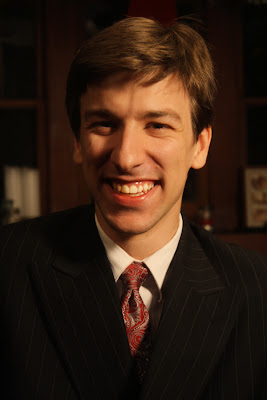 Spencer Howard is thrilled to be working with Lonesome No More! Theatre again after last year's production of Woyzeck, in which he played The Doctor. This is Spencer's third year with the Hollywood Fringe Festival, previously appearing as The Lobster Man in Cowboy Mouth and as another Voice in Pagan Play. He graduated with many fellow LNM!T members from UC San Diego, where he studied acting, wrote plays, did pratfalls, and curated the Undergraduate New Play Festival for two years. Spencer also finds work as a filmmaker, editor, graphic designer, writer, physical comedian, and most recently an associate producer on new show for the Lifetime network. His work with his sketch comedy group Interrobang Ltd. can be found at www.interrobangltd.com.


Spencer's soothing vocals will be coming from the megaphone nearest you in our latest production, Making Love Over There at the Hollywood Fringe Festival. We love us some Spencer Howard!
Posted by Dana Murphy at 1:36 AM 1 comment: 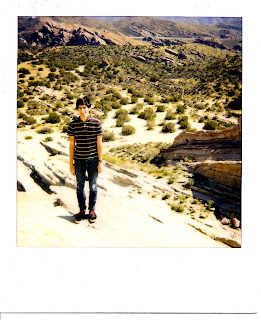 "Hi my name is Matthew and I'm a recent graduate from UCSC, where i majored in music theory.  I play guitar and piano, and I compose music for both.  I like loads of different kinds of music, and I'm especially interested in movie scores.  This is the second project I've worked on with LNM, and I'm really excited for this play because I just love working with this crew.  They're so much fun!"


You may have seen Matthew's face around LNM! before, he composed and performed all of the incredible music for our production of Woyzeck and he is an avid Arty Party attendee. He is going to be playing live piano accompaniment for the songs in our Hollywood Fringe Festival production of Making Love Over There. We adore Matthew, and we think you will too.

Making Love Over There Returns!


SO proud and excited to announce that we are bringing our favorite love collage,

"Making Love Over There", to the Theatre Asylum LAB for the 2012 Hollywood Fringe Festival! Check out the project page, tell your friends, make some noise, give some hugs!
For more info and tickets: http://hff12.org/903 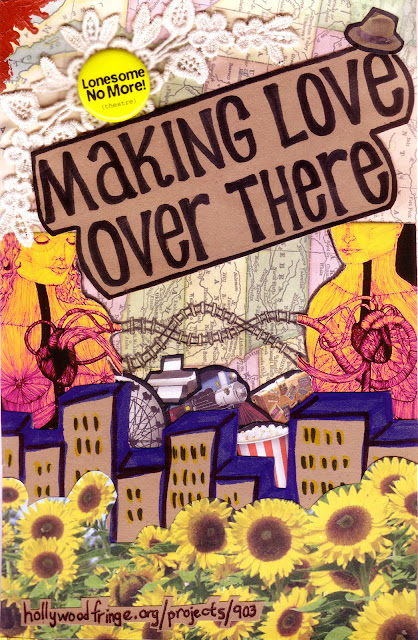 In our closets hang a thousand costumes and faces; we love to throw them on in the name of Love. This is an attempt to rediscover Love and its lexicon. A thematic series of snapshots, with original music and the mad joy of dress-up, dozens of characters are trying to remember what Love looks like.
Posted by Dana Murphy at 9:15 AM No comments: 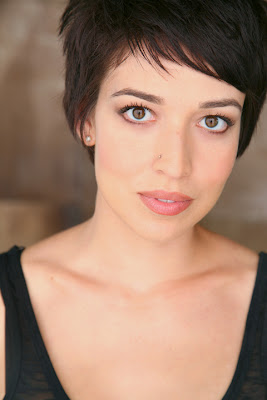 Sara Garcia is honored to be working with this amazing cast and crew for her first Lonesome No More production. A recent graduate of UCSD’s MFA acting program; she has been seen in shows such as Hedda Gabler, House of Bernarda Alba, and the La Jolla Playhouse’s Midsummer Night’s Dream.


Sara can be seen onstage as Inez in Lonesome No More! Theatre's production of NO EXIT.
Posted by Meghan McCauley at 10:00 AM No comments: 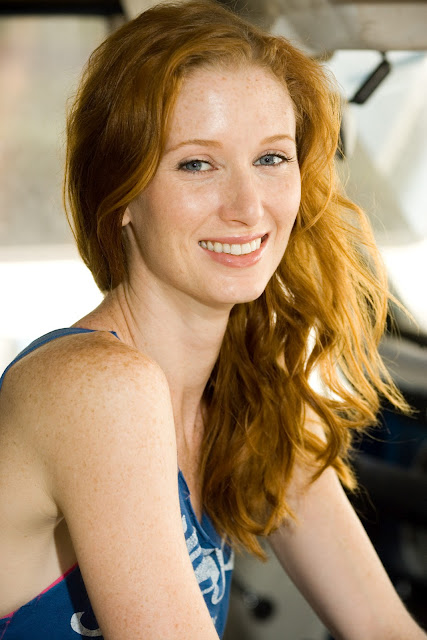 This production marks Jill Evyn's second ride 'round the Lonesome No More! merry-go-round, & she is excited & grateful to be back.These escapades into theatrical wonderland began years ago, when Jill attended the University of Santa Cruz, California, with one of LNM's founding members. While at UCSC, Jill studied a variety of topics, including theatre, film, psychology, sociology & dance to name a few. She acted in many a role, directed a few plays, & put together performance art/dance pieces. She took 6 months to study Commedia Dell'arte & other forms of physical comedy abroad in Italy with the Accademia Dell'arte. Upon her graduation she moved to Los Angeles, Echo Park to be specific, where she began to put her energy into modeling, film acting, & most recently fire dancing. Jill is now a teacher & performer with Fire Groove (www.firegroove.com), & an agency represented model & actor. Jill can be seen in a number of feature films including Edward J Anderson's chilling  "The Talent," Everett Lewis' 60's rock n roll flick "The Pretty Boys," & the soon to be released indie comedy "Park City" alongside Mary Birdsong & Cynthia Watros. She currently studies at the Ivanna Chubback acting studio. More information, photos, & videos can be gleaned from her website- www.jillevyn.com. Love & light.
Jill can be seen onstage as Estelle in Lonesome No More! Theatre's production of NO EXIT.
Posted by Meghan McCauley at 10:00 AM No comments: 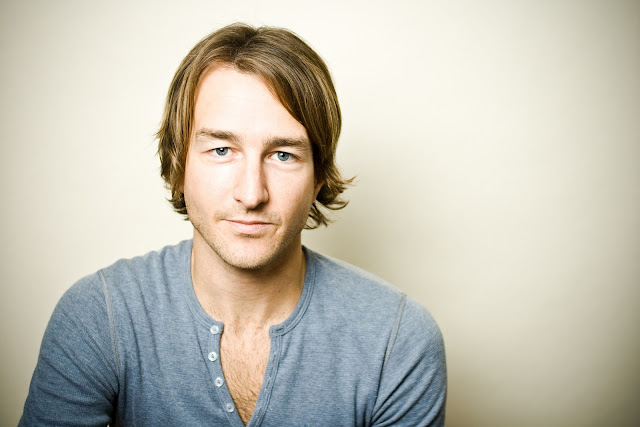 Known as "Sully", Stephen L Sullivan, is thrilled and grateful to be joining the Lonesome No More! family for their production of "No Exit"!  After his first right of passage into this world along the eastern seaboard, his family set up camp on the outskirts of the sprawling metropolis of Los Angeles. His calling to thespianic endeavor began in his earliest years and he began training at the Pasadena Playhouse School for Young Actors. After graduating from UCLA's School of Theater, Film, and Television, he thrust his career into the wonderful world of Hollywood. This is where he continues to wander the backroads, avoiding traffic, in order to maintain his perfect on time record for auditions, rehearsals and call times. Thank you to all of my family and friends for your never ending support and encouragement! For complete contact information, resume, photos and film/tv reel, please visit:   stephenlsullivan.com
Stephen is appearing onstage as Garcin in Lonesome No More! Theatre's production of NO EXIT.
Posted by Meghan McCauley at 10:00 AM No comments:

Email ThisBlogThis!Share to TwitterShare to FacebookShare to Pinterest
Older Posts Home
Subscribe to: Posts (Atom)
Donate to our production.

"To recognize an ensemble production in the Festival that best exemplifies the same values as Theatre Unleashed's mission to create truly remarkable theatre with a fresh, thought-provoking approach to original or established works."